The Most Interesting and Surprising Gambling Statistics from 2020

2020 has come and gone and it was an interesting year, to say the least. The world changed in ways we never thought possible, leading to people being stuck at home most of the time. This naturally had an effect on a variety of businesses around the world. The gambling industry is no different as the global pandemic certainly had an effect on casinos around the world. Many in-person casinos were forced to shut down temporarily and permanently as a result of health and safety measures put in place by world governments. Here is a look at some gambling statistics from 2020. 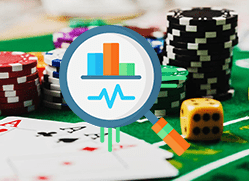 When looking at gambling statistics, the most significant one to take a look at is the global revenue. The online gambling market grew by about 13.2 percent in 2020, reaching an estimated US$66.7 billion across the world. This can largely be attributed to the global pandemic which kept people inside and without much to do. As a result, more people flocked to online casinos as they looked for new hobbies. This revenue comes from all games and activities players could take part in at online casinos including, sports betting, bingo, lotteries, poker, slots, and table games.

Unfortunately, the global pandemic did not have a positive effect on the in-person gambling industry. Many casinos were forced to shut down for the entire year, and many of them will never reopen. This resulted in profits being down by US$80 billion in 2020 compared to 2019. The biggest portion of losses came from the Asian market where profits were down by US$29 billion in 2020.

How Many People Are Gambling Online and In-Person?

When looking at gambling statistics, it is important to figure out how many people are playing. Roughly 80 percent of people in the United States have gambled at some point in their lives if bingo and the lottery are counted. Conversely, 46 percent of people in the United Kingdom aged 16 years or older had gambled within the four weeks of the Gambling Commission's study on gambling behavior. The majority of gamblers in the United Kingdom were between the ages of 25 and 34. Finally, it is estimated that 1.6 billion people gamble at least once a year, and 2 billion people worldwide have gambled at least once in their life.

What Games Are People Playing the Most? 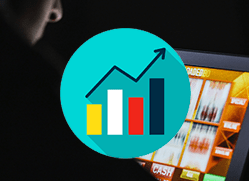 Since around 20 percent of the people in the world gamble at some point in their lives, it is interesting to figure out what they are gambling on. Sports betting has been the most popular form of gambling for almost 15 years. This has been true since 2007. It used to be the case that poker and other skill based games were more popular, but they have fallen out of favor in recent years.

When looking at casino based games, slots were the preference for 53 percent of players in 2020. However, some countries have major variations in which games are the most popular. In the United Kingdom, bingo is by far the most popular game, whereas poker still reigns supreme in Australia. Conversely, in the United States blackjack, slots, and poker, are all very close in popularity. 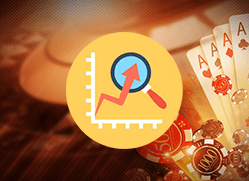 According to a survey conducted by the Gambling Commission, 30 percent of people believed they could trust casinos and that games were fair. 38 percent of respondents associated gambling with crime and 62 percent believed that people should be able to gamble anytime they want.

The gambling and casino industry is one that can be very entertaining for a lot of people, and there are also many interesting gambling statistics. In 2020, with the world devastated by the global pandemic, the online casino industry saw a tremendous amount of growth. Unfortunately, the same could not be said for the in-person casino industry as profits were down significantly from 2019. Regardless, it is expected that the gambling industry will continue to grow for many years to come.